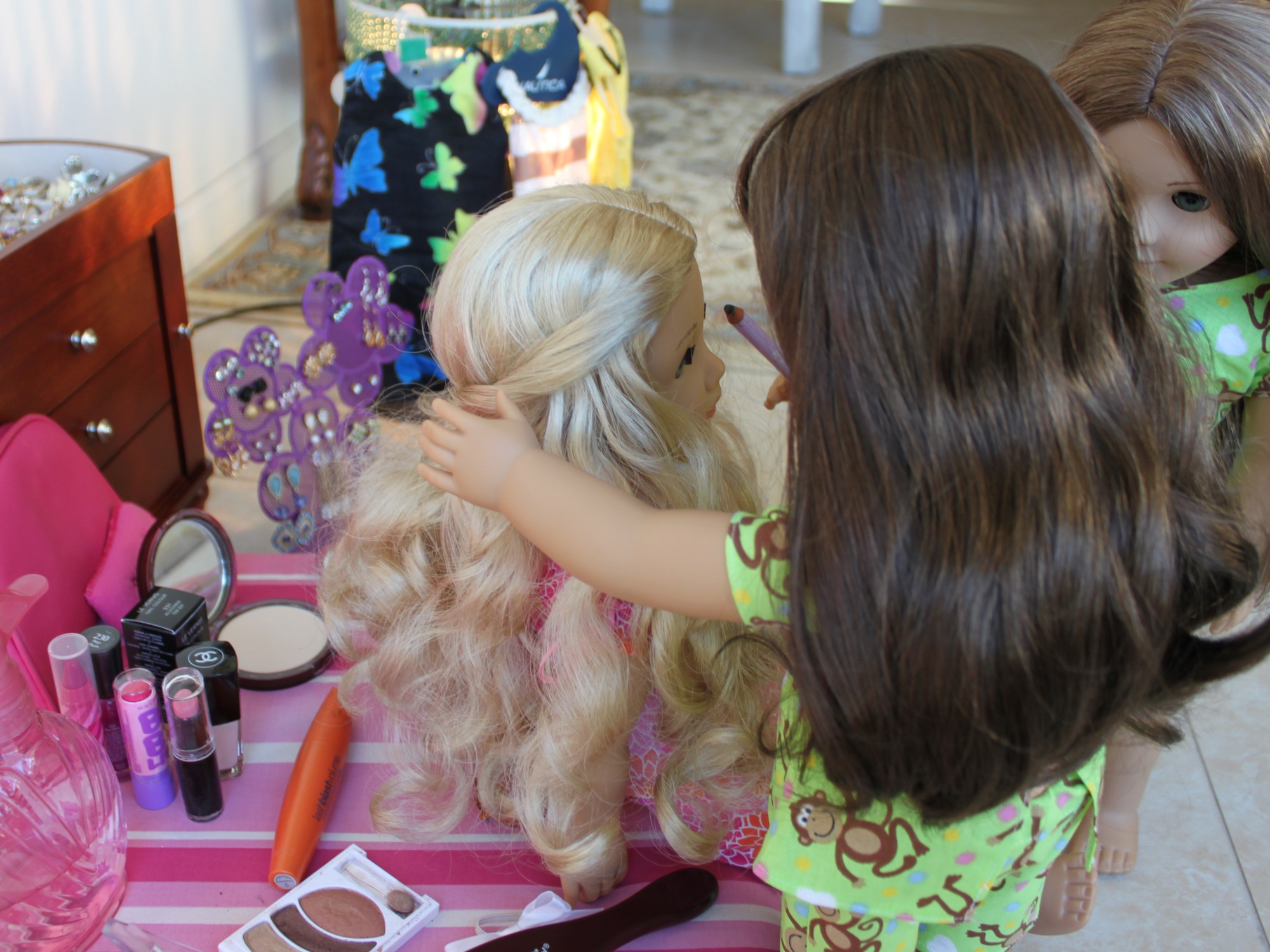 Daniella, Charlotte and I decided to go out for dinner on Saturday night since none of us had any plans. Daniella came over to our house and we all got ready together. The first thing we did was pick out our outfits, and based on our outfits we styled each other’s hair. 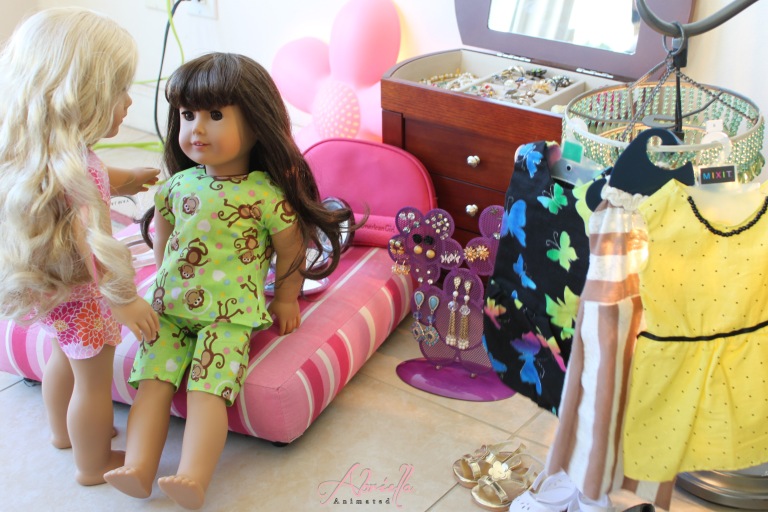 “Let’s start with you, Charlotte” Daniella said. “Something simple would like nice on you. What do you think about a small braid in the front?”

“Ya, sure! That will look nice with my dress.”

“And you can tie it at the bottom with the white bow,” I added. 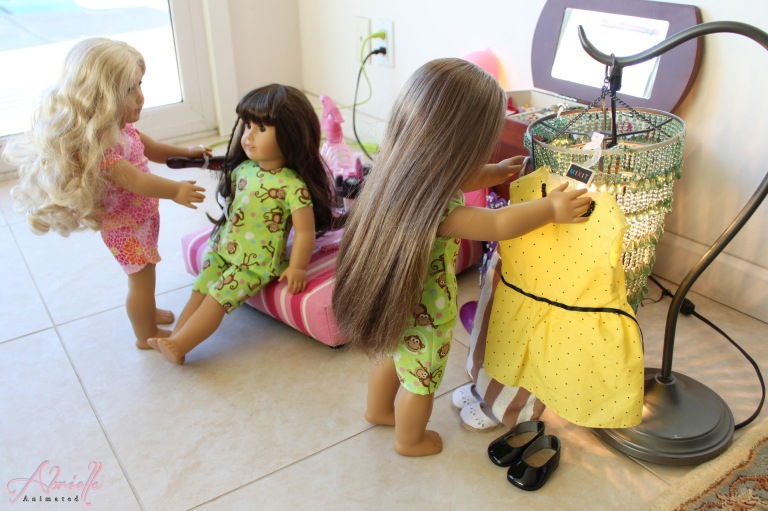 “Abriella, come see how it looks.” 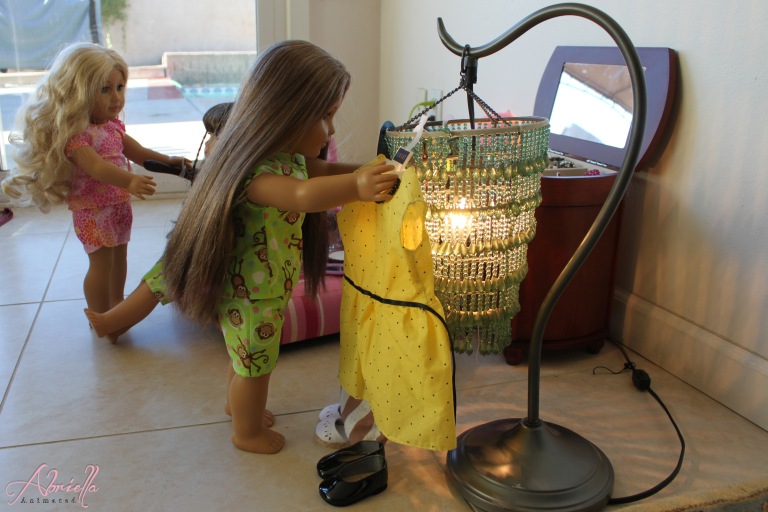 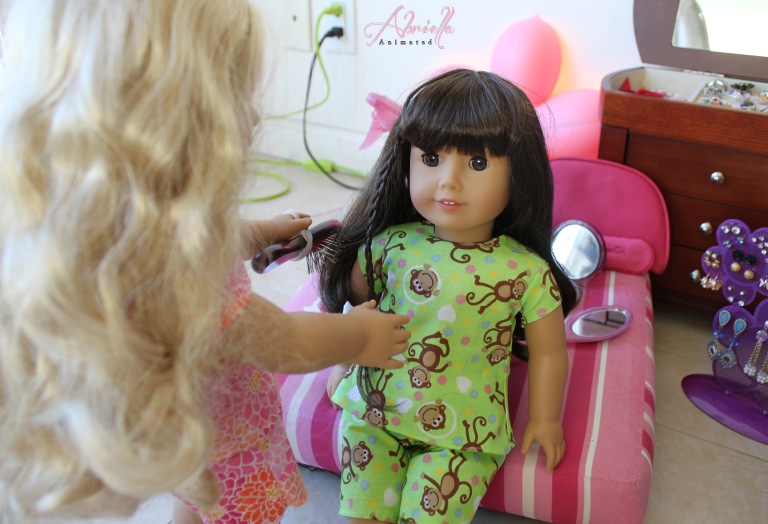 Charlotte thanked Daniella and I took my turn after her. 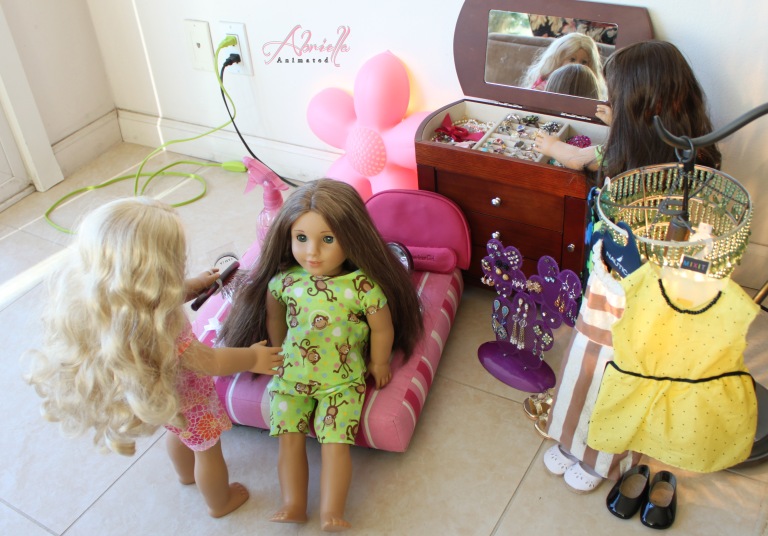 “I think I’ll just brush your hair and leave it down. Are you okay with that?” 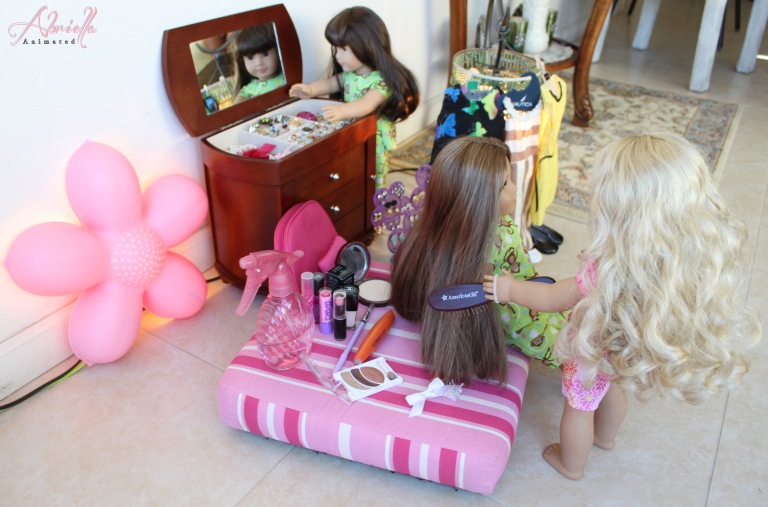 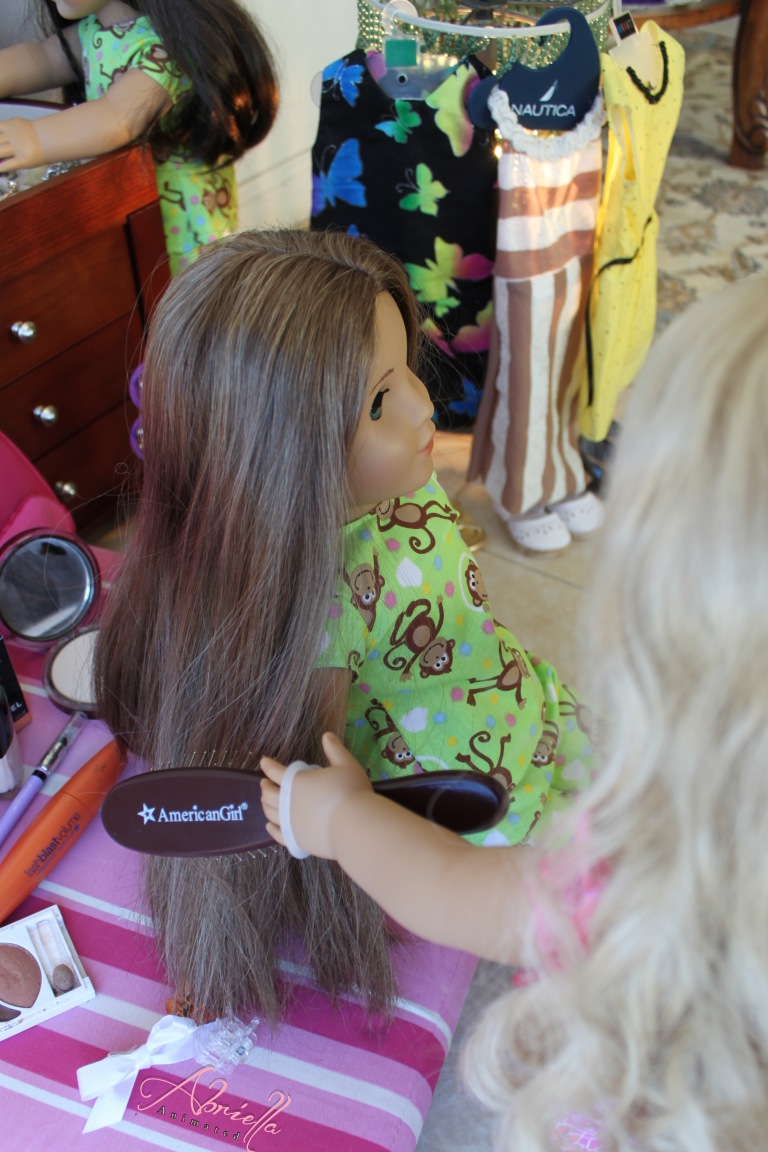 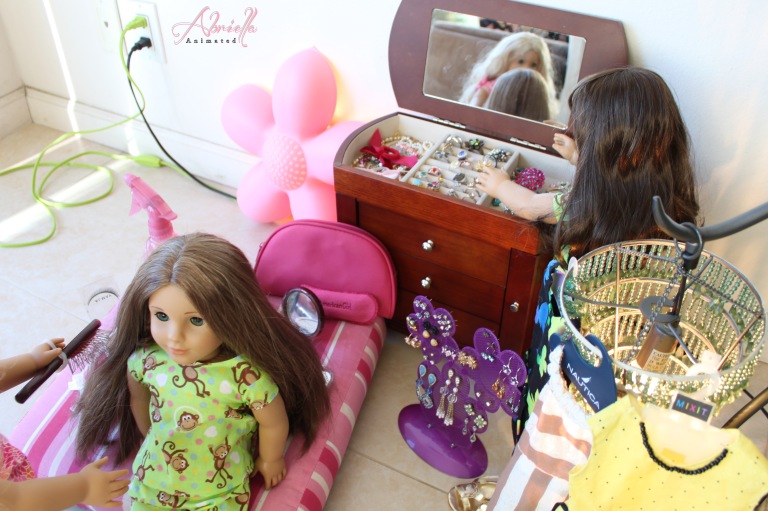 “Thank you Daniella! My hair feels so much nicer.”

“Now it’s your turn!” Charlotte came over to help me with Daniella’s hair.

“I’ll do her makeup and you do her hair” I told Charlotte.

Daniella has beautiful curls so we decided to leave it as it was. We just pinned her hair back so it would not get in her face. 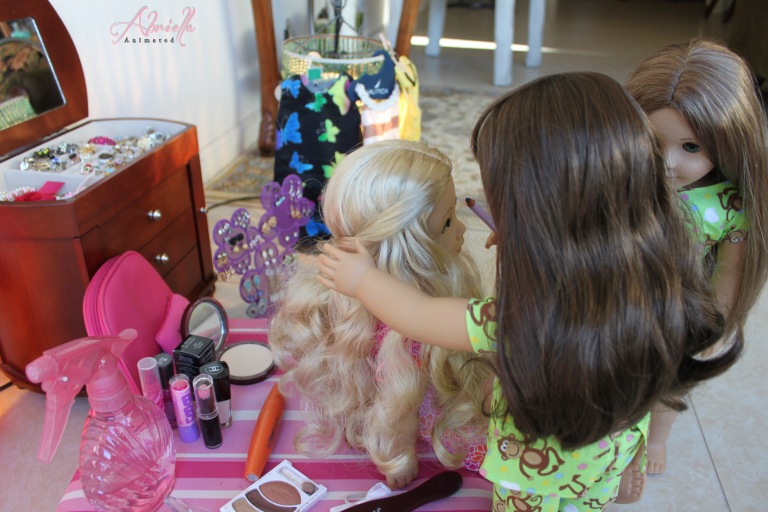 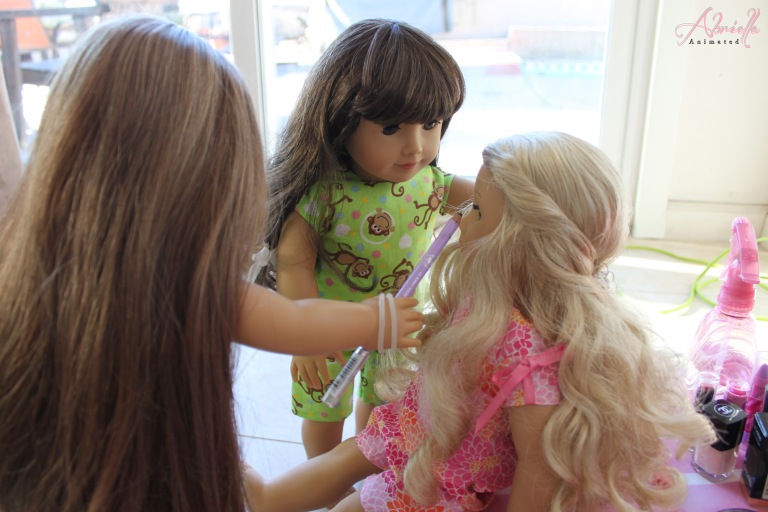 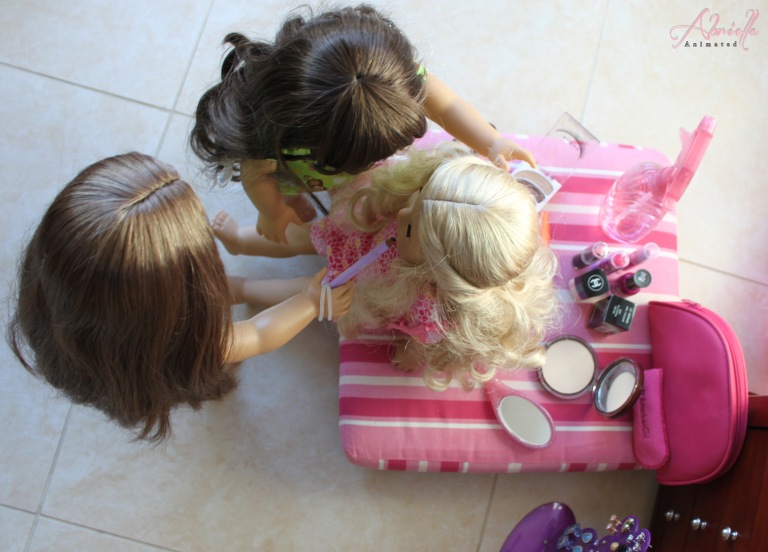 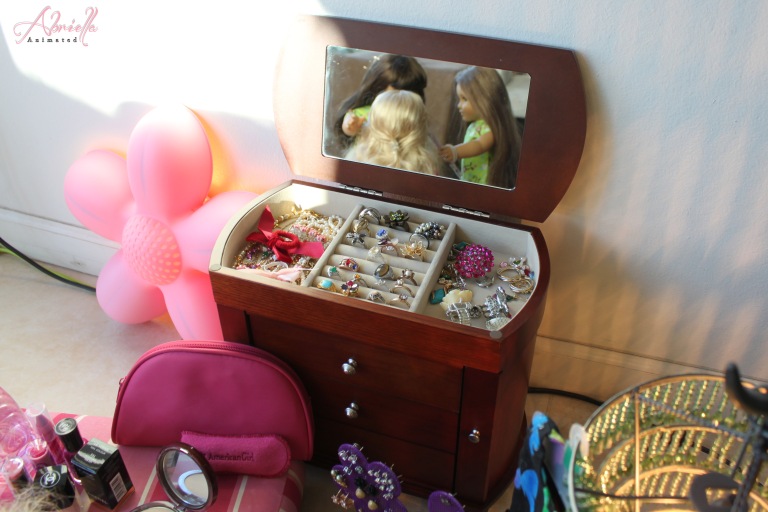 “Yay, we are all done!!” Charlotte exclaimed. “Let’s go get dressed now.”

Daniella hugged us, “Thank you girls!” 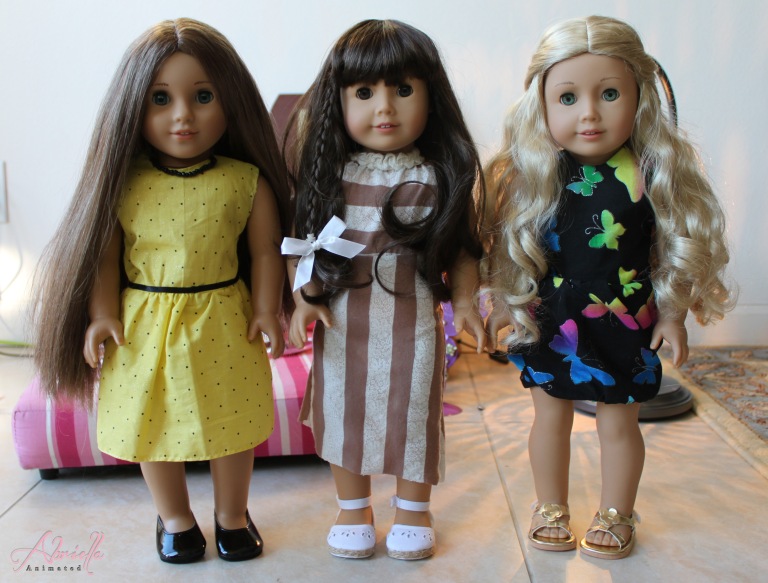 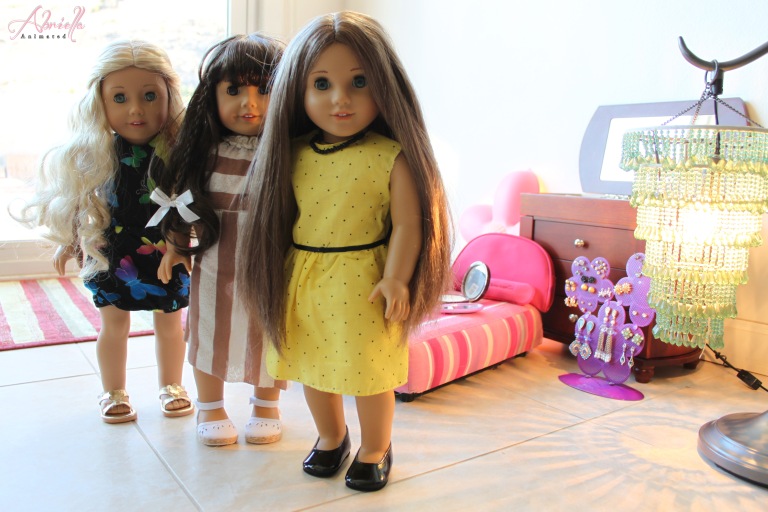 2 thoughts on “Getting Ready with the Girls”